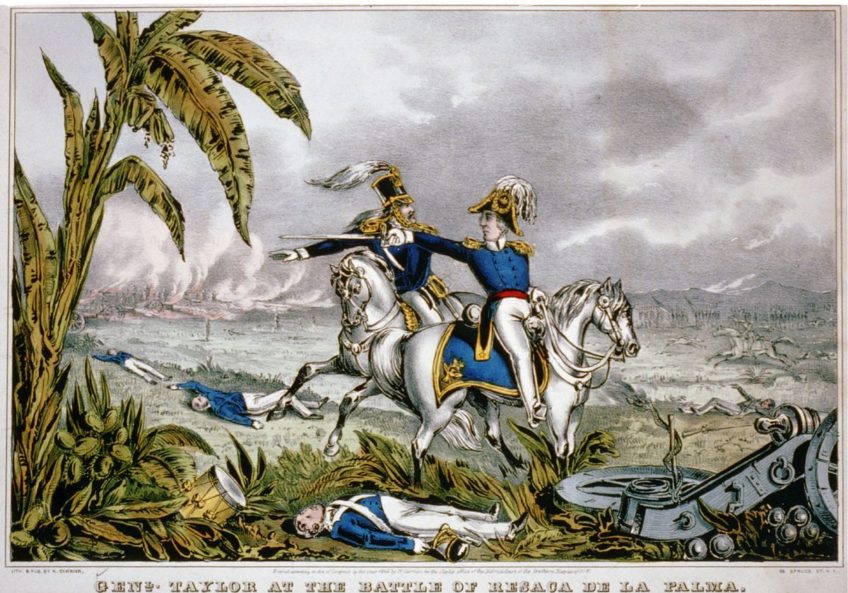 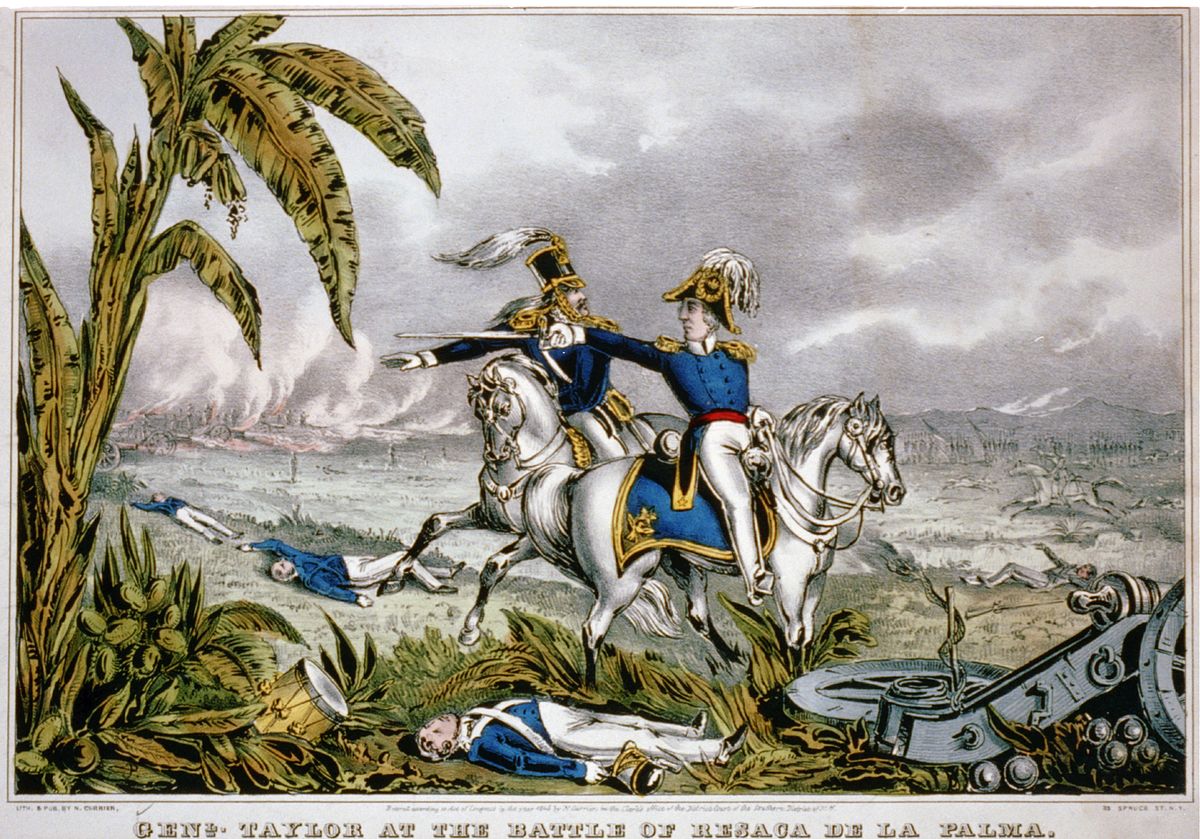 How would a society based on the Zero Aggression Principle handle national defense? One thing is clear – the funding would be voluntary. This would give us consumer-controlled national defense. Citizens would be able to increase funding for wars they support and decrease it for wars they oppose. Politicians would have to conform their foreign policies to consumer desires. And the military would have to improve its use of resources to become more efficient. But…

It’s important to understand that the largest U.S. wars were funded by voluntary bond purchases, NOT by large tax increases. The amount of annual funding needed to pay off such bonds is fairly low, and the amount needed to fund a basic deterrence force would also be vastly smaller than the sums required to fight an actual war. But…

How much deterrence do we really need?

We can only answer that question by first considering a more fundamental issue – do large tax-funded, military establishments, really make us more secure? The answer to this question must come from the historical record. How often have our wars made us safer? How often have they made us less safe?

Politicians, teachers, and pundits tell us that U.S. wars protected us from having to speak German or Japanese. They tell us that huge defense budgets were needed to defeat communism. They tell us that soldiers suffered and died to preserve the peaceful freedom we enjoy today. But are any of these claims really true? What does history say?

This article is the first in a series that will review and evaluate past U.S. wars. I hope to persuade you of 4 points…

As you read what follows, please realize — I am not blaming America for anything, but I am blaming U.S. politicians (and foreign politicians too) for a great many things. Ask yourself these questions about each war I review…

These wars had nothing to do with freedom or national defense. They were about conquest and subjugation. Here’s the evidence…

These were definitely issues in the conflict, but the impressment matter was largely a red-herring designed to manipulate public emotions. Pretty much all countries impressed sailors, before and after the war, and even into the 20th Century. (See the term shanghaiing; See also point number two in this Smithsonian article.)

What really made the trade issue compelling was the opportunity it provided to conquer Canada. Read almost any competent history of the war, such as “1812″ by Walter R. Bornman, and it becomes clear that the desire to conquer Canada was the real motivation for war. Two other issues were not at stake…

The evidence is clear — the U.S. war against Mexico was an act of criminal aggression aimed at conquest. Ulysses S. Grant was a soldier in that war. He described, in his memoirs, how the crime was perpetrated…

Polk forced Mexico to surrender a vast territory comprising the present-day states of New Mexico, Arizona, Nevada, Utah, and California. Was the war justified because it brought us a load of loot? Of course not. Plus, there was a moral way to achieve the same result. Please remember that U.S. politicians were able to purchase…

The same could’ve been done with the lands President Polk conquered in 1848. Our politicians simply needed to wait for a bankrupt dictator to take power in Mexico. In fact, Mexico was already in default on large amounts owed to the U.S., and Congress was actually considering war over this debt issue when Polk arranged the precipitating incident in Texas. The Mexican loan default suggests an alternative course of action.

Congress could have directed U.S. forces to occupy the Western territories as a foreclosure of collateral for the unpaid loans. This would have forced the Mexican government to either accept the foreclosure or send their army to reclaim the territory. There was no need to invade the Mexican heartland. The foreclosure action would have placed the U.S. on much stronger moral ground.

U.S. politicians are racking up a bad record so far. We’ve looked at two wars, and both were about conquest, not freedom or national defense. But it’s about to get worse…

You should begin to notice a pattern. Exaggerated claims about naval impressments were used to manipulate emotions during the War of 1812. False claims of Mexican invasion were used to justify a war of conquest against that nation in 1846. Now here comes another one…

U.S. politicians and newspapers falsely accused Spain of blowing up the U.S. battleship Maine in Havana Harbor. In reality, the explosion was caused by a coal-bunker fire.

The U.S. was never threatened or attacked, but U.S. politicians still used the Maine incident to incite public enthusiasm for military aggression against Spain. They sold the war under two slogans, Remember the Maine! and Cuba Libre! (liberate Cuba). But liberation was never the true goal. Instead, U.S. politicians wanted to build an empire of their own. Puerto Rico, Guam, and the Philippines were all absorbed as U.S. colonies.

Bottom line: The Spanish-American War was not about national security or defending freedom. It was about conquest. It also made the world a worse place, because the sequel had dire consequences. Early U.S. wars scorecard: 3 bad wars, no good wars 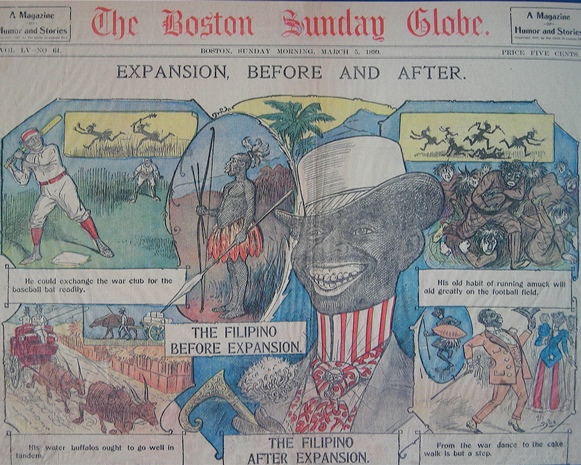 This one was pure evil. U.S. politicians promised to liberate the Philippines from Spain, but their real intent was to make it a colony. The Filipinos patriotically resisted so the U.S. waged war to subjugate them. During that war American soldiers were ordered by their officers to torture and rape, destroy villages, and detain civilians in concentration camps.

U.S. soldiers murdered roughly 250,000 Filipinos. Many of the pictures from this war look like something from the Holocaust. 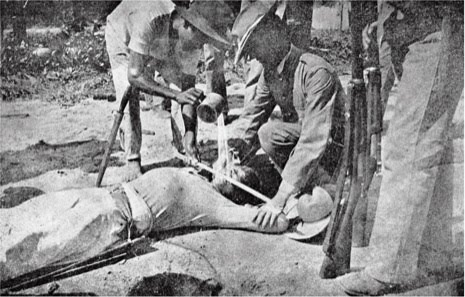 Bottom line: These crimes defended neither America nor freedom. They are a stain on U.S. history. They also set a bad example that would later be emulated by the Japanese. Early U.S. wars scorecard: 4 bad wars, no good wars

That completes the record of primary U.S. wars in the 19th century.

This is the brutal truth. And it supports my four main claims…

My next article in this series will answer the shocking question, “Did Teddy Roosevelt co-found the Empire of Japan?”

You can learn more by reading the following books…

Perry Willis is one of the co-founders of Agenda Setters by Downsize DC. He also co-created the Zero Aggression Project. He was twice the National Director of the national Libertarian Party. He was the campaign manager of Harry Browne for President in 2000.