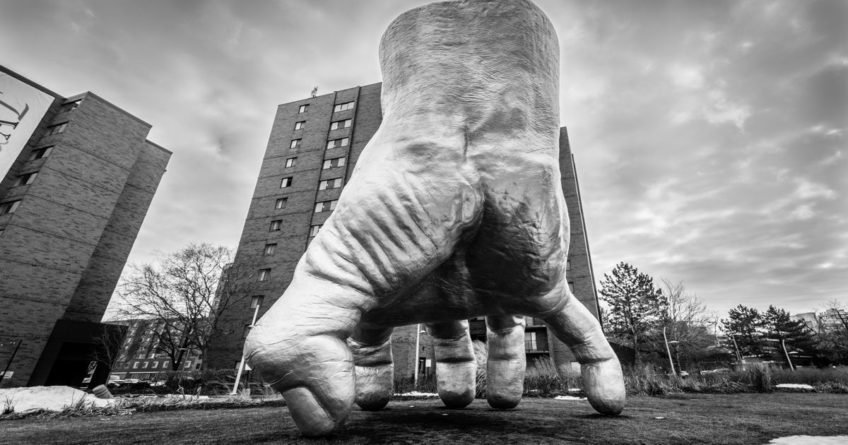 Can you refute the Munich Myth?

As I write these words Vladamir Putin’s Russia has just invaded Ukraine. Old debates about appeasement seem likely to reignite. The word Munich has already been invoked. So it seems like a good time to explore… 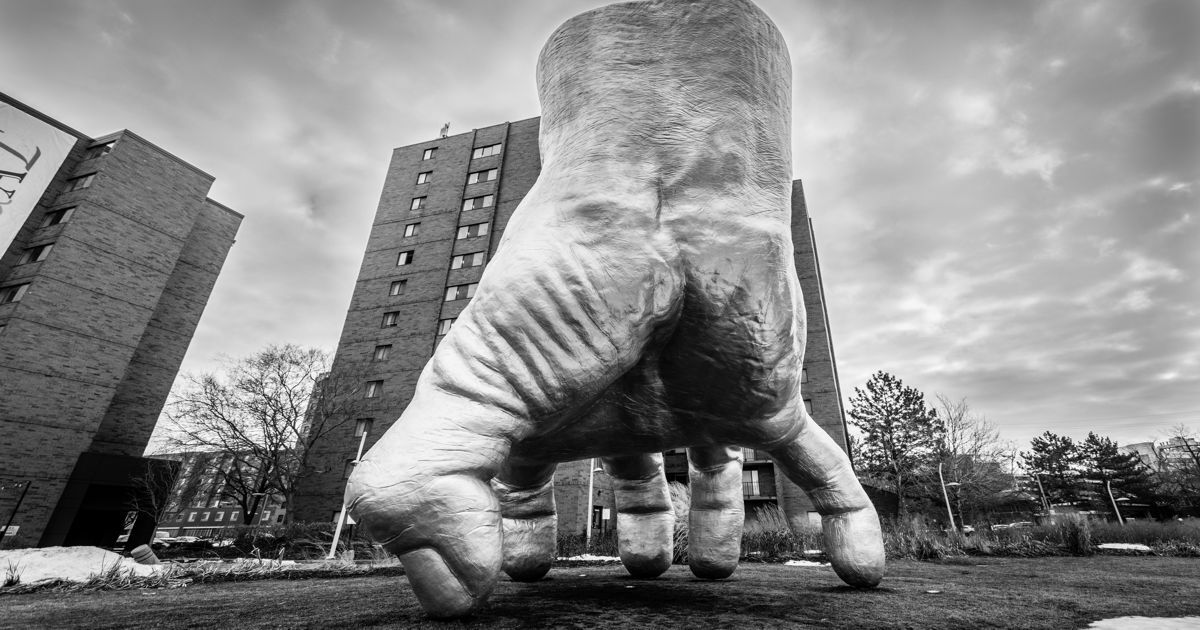 Whole books have been written about this subject, but I can give you the crucial insights in less than two thousand words.

Munich refers to the 1938 peace conference where Britain and France tried to appease Adolf Hitler. The resulting agreement allowed Hitler to annex a chunk of Czechoslovakia that had a large German population. Britain and France hoped that this “correction” of the borders created by the hated Versailles Treaty would satisfy Hitler’s territorial hunger.

Critics of the agreement charged, then and now, that it emboldened Hitler to demand even more territory, leading to World War II. These critics think France and Britain should have declared war to defend Czechoslovakia.

Could World War 2 have been prevented?

Munich is part of a larger argument asserting that Britain and France could have stopped Hitler early, by waging war against him at the first possible opportunity. That first opportunity is usually identified as the day Hitler remilitarized the Rhineland. Similar claims are made about the annexation of Austria and the Munich conference. Interventionists see each event as a missed opportunity to stop Hitler.

Let’s examine these assertions, and also consider what guidance this history might provide for the current problem with Vladimir Putin.

The Rhineland was a legitimate part of Germany. But the Versailles Treaty prevented Germany from stationing troops there. Nearly all Germans viewed this as unjust. But it wasn’t only the Germans who felt this way. Millions of people around the world disliked the Versailles Treaty. This included members of the British government and its Royal Family. Hitler’s move into the Rhineland was not only wildly popular with the German people, but also it had supporters abroad.

Few people at the time yet knew that Hitler would be the author of a world war and a genocide, or that he would be viewed as the most evil person in human history. People knew he was a hyper-nationalistic racist tyrant, but many could see merit in his attempt to overturn draconian aspects of the Versailles Treaty. World War I was a recent memory. No one was going to start a new war over an arguably legitimate exercise of German sovereignty. But let’s imagine for a moment that they did start such a war. What would have happened?

Not much. The Rhineland was a no-lose opportunity for Hitler. If he succeeded he would be popular for that, but if it failed he would still be popular for trying. The Rhineland incident presented no opportunity to depose Hitler or to thwart his ambitions. The interventionists seem to imagine that Britain and France would have occupied the Rhineland and then marched on Berlin to depose Hitler, but that is sheer fantasy. In reality, French and British forces would have stopped at the Rhine, and Hitler simply would have scurried back across the river, only to try again later, when he was stronger. So what about…

The annexation of Austria involved a small country of ethnic Germans joining a larger country of ethnic Germans. There was definitely some coercion involved behind the scenes, but no actual military invasion. Hitler was met by cheering crowds when he went to Vienna. It’s hard to tell if this was because many people were afraid to dissent, but the annexation appeared to be popular with Austrians at the time. No world leader was going to start a war over it, so it was not an “early opportunity” to stop Hitler. That leaves…

British Prime Minister Neville Chamberlain famously declared “Peace in our time” after giving Hitler part of Czechoslovakia at the Munich conference. Chamberlain was happy, as were millions in the West who remembered the horrors of World War I.

But one man was unhappy. His name was Adolf Hitler. He didn’t want peace. He wanted war. The peace treaty was not his preferred outcome, even though he got part of Czechoslovakia for free.

This presents us with a strange situation. The interventionists claim that war over Czechoslovakia would have stopped Hitler and prevented greater bloodshed later, but Hitler himself actually wanted war. Why? He thought he had the advantage. He believed a quick victory over Britain, France, and Czechoslovakia would secure his western flank, leaving him free to conquer the Soviet Union in the East.

Britain and France upset Hitler’s plans by making him an offer he couldn’t refuse. Hitler’s short quick war with France and Britain would have to wait until 1940.

If Hitler’s assessment of the strategic situation was right, then there was no clear opportunity to stop him by threatening war at Munich. That would mean that the interventionists were (and are) wrong about Munich. So which view is correct? What would have happened if Britain and France had declared war over Czechoslovakia?

Which side was stronger?

A case can be made that Hitler’s strategic assessment was wrong. Britain, France, and Czechoslovakia had more men, weapons, and wealth. Czechoslovakia also had defensive advantages that would have made things difficult for the Germans. But numbers alone don’t tell the whole story.

Britain and France couldn’t bring their power to bear on the battlefield in Czechoslovakia. The British were too far away, and the French army was designed to defend, not attack. Both countries were in the same position they would experience with regard to Poland in 1939. In that case, French and British troops never did reach Poland, despite pledging to defend it. It was the Soviets who drove the Nazis out of that country, and it took three years to do it.

Britain and France would have been relegated to attacking Germany on the periphery had the war started in 1938. So…

The Germans seemed likely to prevail eventually, even if the Czechs won a few early rounds. Such a defeat might cost the Czechs their entire country, so they too tried to appease Hitler. Here’s the thing to notice…

Neither scenario, war or no war, would have stopped Hitler. Germany would have absorbed Czechoslovakia in either case. Hitler would then have attacked Poland, followed by France and Britain, and then Russia, just as happened in real history. Nothing suggests that Czech resistance would have changed the course of history in any significant way.

Please notice something else – Germany won against Britain and France in 1940 despite having smaller forces. This is another indication that Czech resistance would have done little to change the ultimate course of the war.

Only two things could have stopped Hitler

As a practical matter, the latter approach was only possible after the Germans lost at Stalingrad. That was the first opportunity the Generals had to convince the German people that regime change was warranted. Prior to that defeat, Hitler was simply too popular.

So what does all this mean for our current situation?

Hitler wrote a book telling the world he wanted to conquer Russia. Nothing would deter him from that purpose once he gained power. That means…

There is no lesson to learn from Munich, but there is a Munich Myth to unlearn.

What to do about Putin?

Is Putin another Hitler? Does he want to conquer vast territories? Probably not. But he’s definitely a bad person doing bad things.

Can he, should he, be appeased, or should he be resisted? Should he perhaps be ignored?

The Munich Myth holds that appeasement is always wrong, but that is moral grandstanding, not wisdom. Wisdom balances costs with benefits. I have shown in past articles that the cost of military intervention almost always outweighs the gain. Sometimes it’s better to appease so as to preserve peace. At other times it’s most wise to do nothing, because all the possible actions would make things worse. We seem to be in the latter situation when it comes to Putin and Ukraine.

War against Russia could kill millions and cost many billions. The Ukrainians we seek to help would likely suffer the most. Such a war also risks nuclear escalation. Meanwhile, sanctions almost always fail. They harm the people, but not the rulers. These realities favor inaction.

Instead, we should improve our own freedom and prosperity to such an extent that eventually all countries want to emulate us. We should trade and engage in cultural exchange with anyone willing. That’s the best way to change the world.

Please consider that the Munich Myth contributed to Vietnam and two wars with Iraq.

Belief in the Munich Myth has squandered many lives.

Please, share this article with others. Do what you can to make sure the Munich Myth does not kill again.
—–
Perry Willis is the co-creator of the Zero Aggression Project.