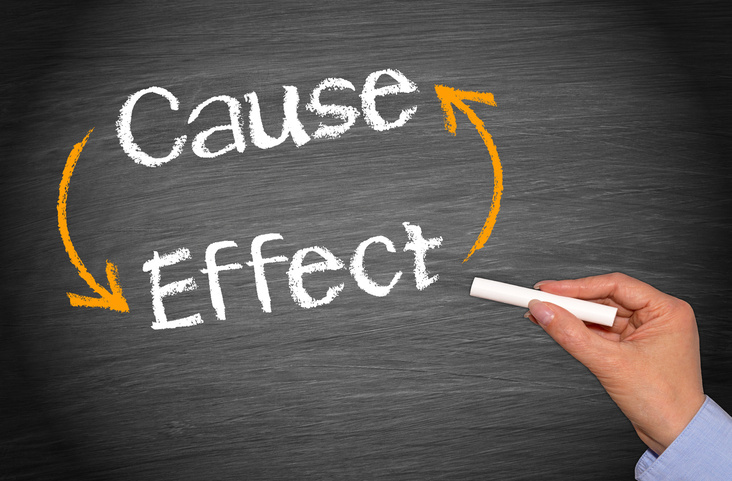 Where the powerless are blamed for reacting to new rules

Originally published by The Exit Network

Sometimes, reporters or commentators will accuse someone of “politicizing an issue.” This accusation is commonly pointed at reactionaries.

Reactionaries are people who oppose political or social change. They might even want to reverse course. Now, you might not agree with their values, but it is illogical and unfair to say, “They’ve politicized this issue, and they should stop.” If you care about social harmony, then please take note…

Perhaps the accusation of ‘politicizing the matter’ is backward.

The politicization came first, the reaction second – as most reactions do.

Conflict Machine members and their fans (partisan operatives and media propagandists supporting political power) want to pretend that reactionaries started the political fight. They ignore the action that provoked the reaction.

They manage to sell this error with ease because many Americans don’t want to acknowledge the truth about government and politics. Government is a tool of coercion and violence. Politics is about acquiring this tool to achieve a goal.

Chairman Mao was right, “Political power grows out of the barrel of a gun.” There’s always an enforcement branch – armed to enforce any and all edicts. Everyone has three choices: Comply, agree to accept punishment, or put yourself in mortal danger by resisting.

In other words, politicization can be deadly.

Consider the case of Eric Garner. He was choked to death by New York City police. His death sentence started with selling untaxed cigarettes on the street. Police initiated that exchange; they were the people with the guns. Eric Garner reacted.

Garner chose the option that placed him in mortal danger. His resistance was to put his hands up but refuse to comply with being cuffed. Police attacked, took him to the ground, and subsequently choked him to death, according to the coroner.

When he was killed, there was a second reaction. People got mad at the cops. But weren’t the cops just doing their job? If so, they’re not the root of the problem. People who were nowhere near the scene authorized and funded the interaction that occurred on that New York City street. These people are called politicians, and they didn’t get their hands dirty.

In truth, Eric Garner’s premature death was a result of politicization followed by reaction. If we had a better social philosophy at the core of our culture, Eric Garner would be alive right now. But what would that look like?

Taxes, mandates, regulations, asset forfeiture, and unnatural laws (a.k.a., victimless crimes) violate a principle called Human Respect. These activities interfere with a person’s pursuit of happiness and cause social friction.

The Principle of Human Respect is that coercion, theft, and violence always diminish human happiness and social harmony.

Remember, citizens have but three choices in the face of a new political act: Comply, agree to accept punishment, or put themselves in mortal danger by resisting.

Now that we know the Principle of Human Respect, we recognize three things.

That’s lots of unhappiness. But all of it is part of a reaction that followed the politicization of an issue.

Do you believe it’s moral to desire or work for the unhappiness of other human beings? If not, then perhaps there’s a moral rule that speaks to this belief.

Defending life or property (yours or others’) also defends happiness. But acts that initiate force violate a fundamental moral principle (a high-priority personal ethic) that we practice in all of our other functioning relationships. It’s called the Zero Aggression Philosophy (ZAP). The ZAP says…

I will never initiate force or use excessive violence to achieve my goals, nor will I authorize others to do it on my behalf. In other words, I won’t empower politicians to force people to do things my way.

We all live by the ZAP with family, friends, and even strangers because that’s what it means to be a good person. But Americans tend to make exceptions when we vote.

Here’s another natural principle: Everyone who wants social change must first engage in persuasion.

The democratic path is to persuade a minority of people to press for political change. This next part may sound weird because most people mistakenly believe that democracy means “majority rules.”

Here’s how the math of democracy actually works; these democrats only have to convince 50%+1 of the voters to agree with them, then they get 100% of the power. Once these democrats, be they Republican or Democrat, get political power on their side, they believe they’re done with persuasion. They can use Chairman Mao’s formula to make the world in their image.

This “democracy” is a shortcut that falls far short of real social change – the kind that reaches the heart. This is the politicization of the issue.

Now that you’ve learned the Principle of Human Respect, you recognize that there are people who didn’t want this political change. They didn’t want the issue to be politicized. They will have to be coerced to comply. Happiness and harmony will both be diminished as a result, and some of them will react.

Those who practice the ZAP will go further than just halfway with peaceful persuasion. They will try to convince a true majority to join them in delivering real social change.

This voluntary path to social change might seem to require much more patience than the politicization model. But no one will be required to sacrifice their happiness. And, instead of a reaction, social harmony will increase.

When the Conflict Machine actors tell you that raising an objection to a democratically imposed policy is “politicization,” point out that this is, instead, reactionary behavior. By definition, reactionaries are responding to the violation of the ZAP because so-called democrats took a shortcut that ignores the gravitational force underlying the Principle of Human Respect.

This article was written for The Exit Network by Zero Aggression Project co-creator, Jim Babka.