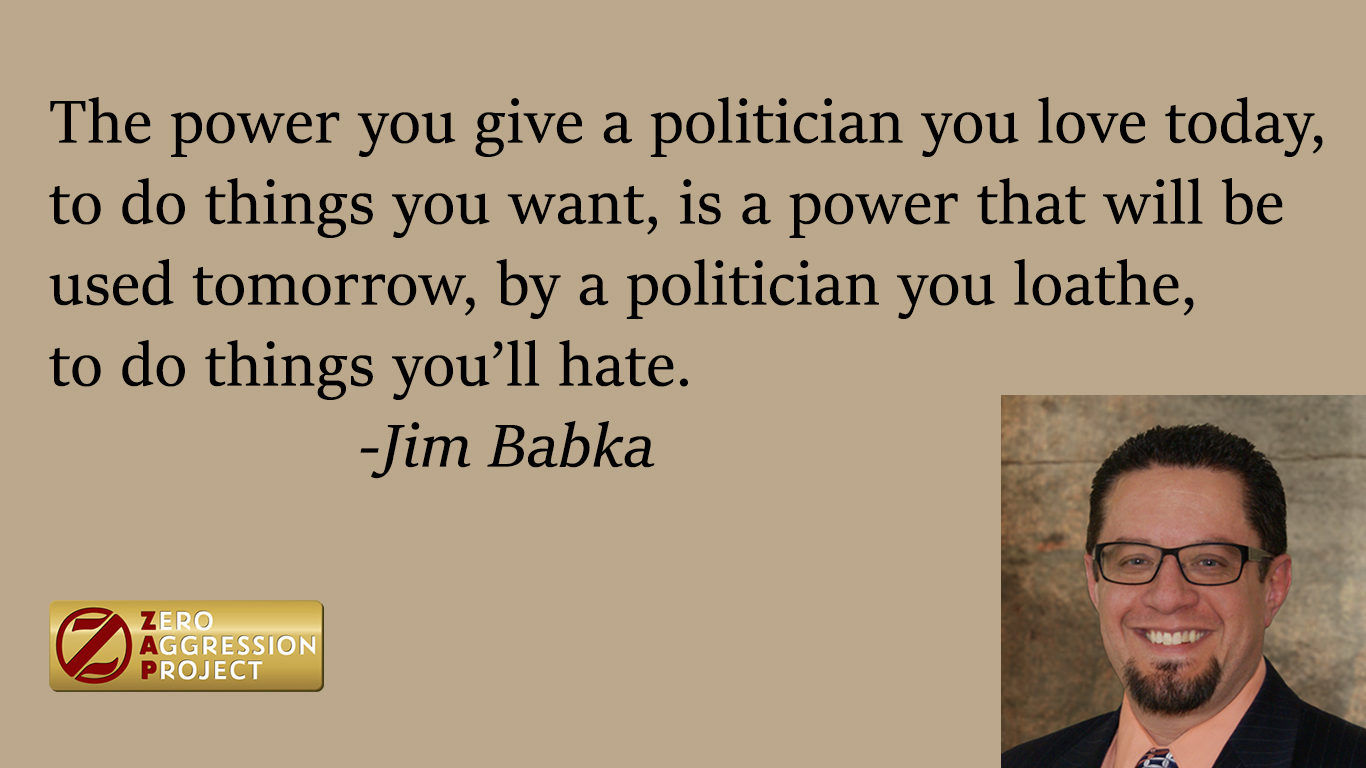 Partisans think their ideologies should be imposed on others. Retweet

Of course, we already know that they’ve fallen prey to the Dictator Fallacy — their scheme will be implemented as if they were an all-powerful dictator.

They’ve also forgotten that they will someday lose power to the opposing party. This problem is currently on display in the Neil Gorsuch, Supreme Court nomination fight.

This reversal of power applies to all expansions of political power. So…

Encourage your partisan or ideologue friend to have empathy for their future selves using this brand new Mental Lever, which is only 187 words long.

When should statists oppose greater government powers?
The ‘shoe on the other foot’ rule

P.S. This message is in no way a commentary on the relative merits or charms of Judge Neil Gorsuch. The Zero Aggression Project is legally non-partisan and temperamentally anti-partisan. We are concerned with principles, not personalities. The nuclear option (a Senate voting rule) is just the current, hottest illustration of the “Shoe on the other foot” rule.