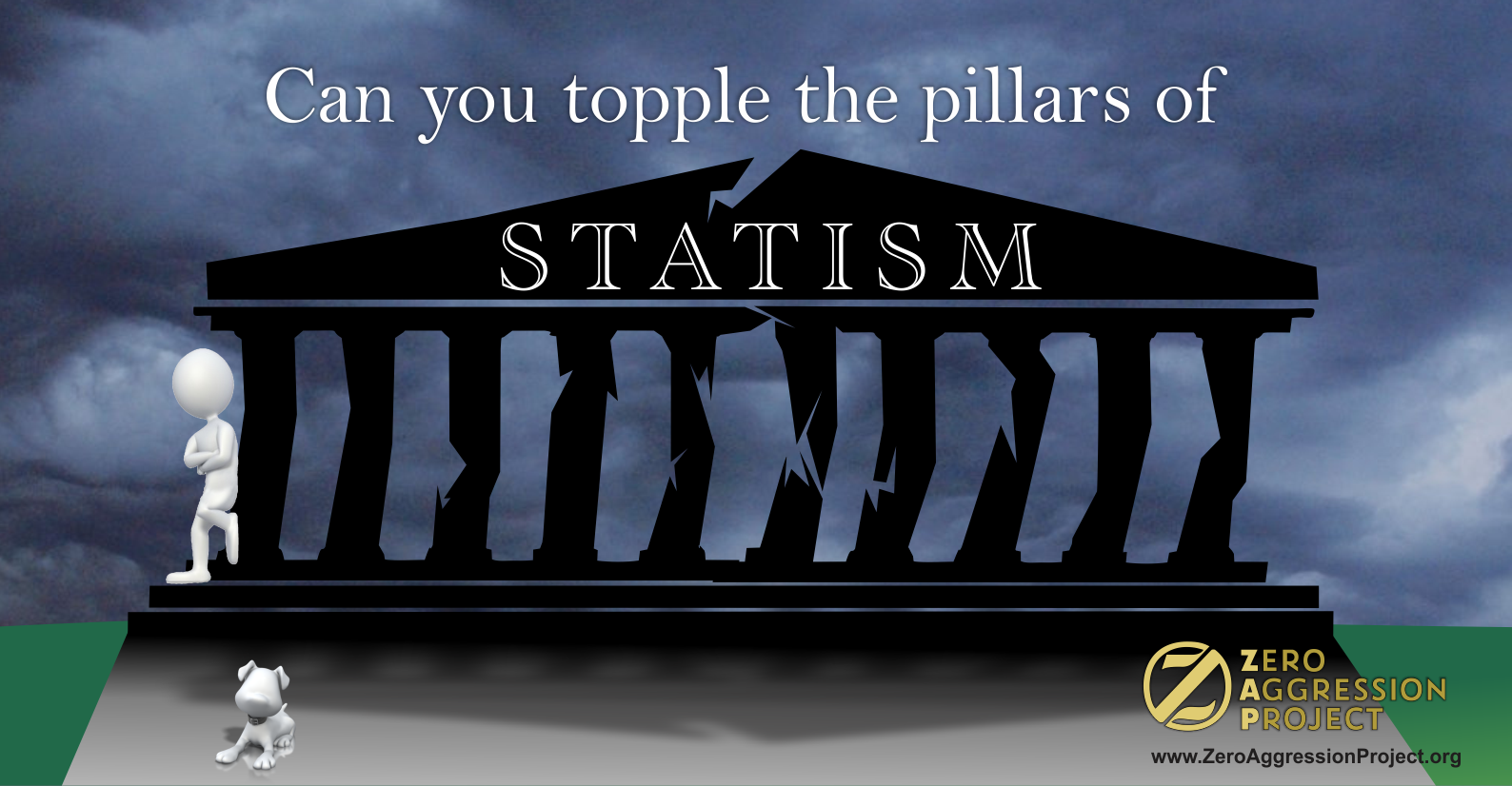 A prominent libertarian scolded me. “I get it,” he said. “You and I are extreme libertarians. But most people will resist libertarianism if our proposals are too radical.”

Well, I wouldn’t call minding my own business and doing no harm “radical.” But maybe he had a point. Maybe we have to accept all of this statist violence. Perhaps the best we can hope for, when trying to win over a friend to our more peaceful point of view, is tiny increments of agreement.

Let’s call that view “marginalism.” That is, my prominent friend believes one marginal movement, in our direction, is likely to create momentum for more marginal movements, until eventually someone arrives at the libertarianism he and I both appreciate.

Don’t get me wrong, when it comes to changing policy, I’ll take any movement that reduces statist aggression. If a half-measure is all I can get, for now, that’s far better than nothing.

But persuading an individual to move an increment on a single issue does not make them libertarian, much less a voluntaryist. And after more than 20 years as a libertarian (most of them as a paid professional), my experience doesn’t validate marginalism. I cannot recall it ever working with my friends and family.

Let’s define success as the moment when a non-libertarian suddenly starts proudly telling others that he or she is a libertarian.

Personally, I have zero instances to report where the marginalist approach has resulted in that kind of success.

But there’s another problem with marginalism. My friend’s mind has raced to the logical conclusion of where my libertarian arguments lead. He’s not sure he likes where this is going. Meanwhile, I’m holding back bits of the truth and doing nothing to alleviate his concerns. For lack of explanation and clarification on the how voluntaryists would handle the “tough issues,” my friend simply dismisses libertarianism as crazy.

There are five issues, allegedly “too tough” to tackle and best saved for later. Do you know what they are?

And what if there was a better way?

Why should you tackle the five hardest issues first?
Use the Pillar Strategy to collapse the mental structure of statism

This is our newest Mental Lever. We encourage you to check it out. After all, marginalism, even if it worked, would take a long time to produce results. And we aren’t getting any younger.

P.S. Please use the slider at the bottom of the “Pillar Strategy” Mental Lever to vote on it.