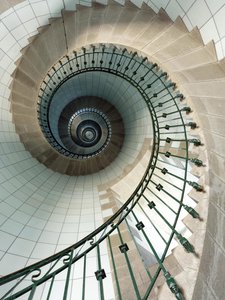 A personal message from Jim Babka and Perry Willis, Co-Founders of Downsize DC and Co-Creators of the Zero Aggression Project

We’ve been telling you a story-in-reverse to introduce the Zero Aggression Project. That story began at the end goal we aim for — the creation of a Zero Aggression society. We took you on a tour of that society. We then showed you the final stages of how that society was created.
Next we described how universal visibility was essential to this outcome. We then provided evidence that there are already enough libertarians to achieve that universal visibility.

And that brings us to…
Episode #5:
You remember the argument Jim Babka and Perry Willis made back in 2015. They said…

Willis and Babka also reasoned that those who do NOT self-identify as libertarians, despite holding libertarian positions on the issues, were missing one crucial thing…

A principle to unify their stands on the issues.

Don’t threaten or initiate force against others, or ask politicians to do it for you.

Willis and Babka suggested a plan of attack. Do things in the following order…

You remember how they drove that home…

You notice at the time how different this was from the old libertarian way. Libertarians had always placed persuasion first. But that approach had ignored the fact that millions of people already agreed!
Those millions were more than enough to achieve the universal visibility needed to forge a new social consensus. If only they could be discovered and recruited.
But Babka and Willis went one step further — they created a machine to execute all of those steps, from sharing through persuasion. The first candidate version of that machine was the Zero Aggression Project.
You remember how you first heard about this machine, when Willis and Babka started telling a story-in-reverse, starting at the end result, a Zero Aggression society, and working back to the starting point.
The individual components of that machine will begin to emerge in our next episode. In the meantime…

If you’re not already a member of the ZAP Founders Committee please consider joining before it closes on May 31st.

Founders will be immortalized on the ZAP website.
You’ll be able to say, “I was in on the ground floor of the Zero Aggression movement.”

You can take a quick tour of the new ZAP site when you visit the contribution form. Some sections are already open, and some are behind a curtain, to be unveiled after we finish our “story-in-reverse.”
Please stay tuned for the next installment of that story. And…
If you have libertarian friends who might be interested in ZAP, please forward this to them.
With high hopes for the future,
Perry Willis & Jim Babka
Co-creators, the Zero Aggression Project