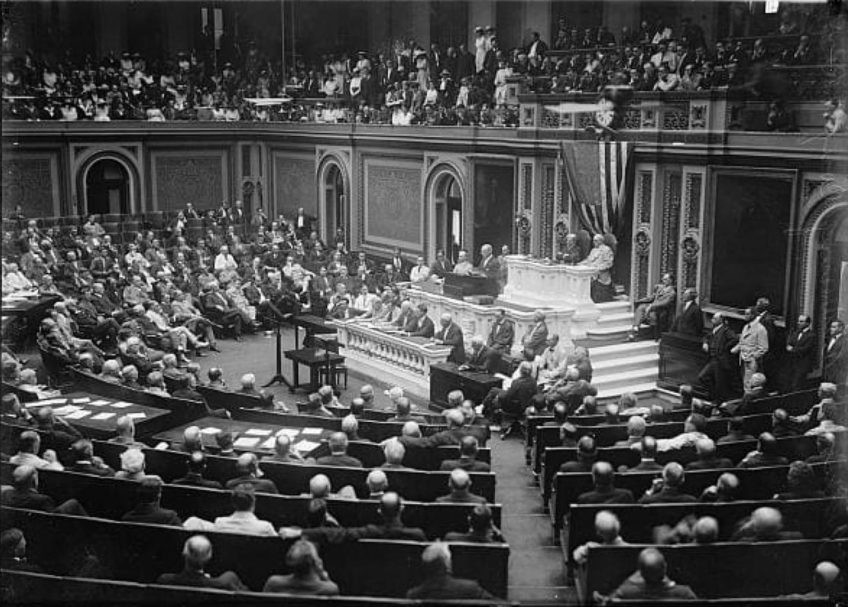 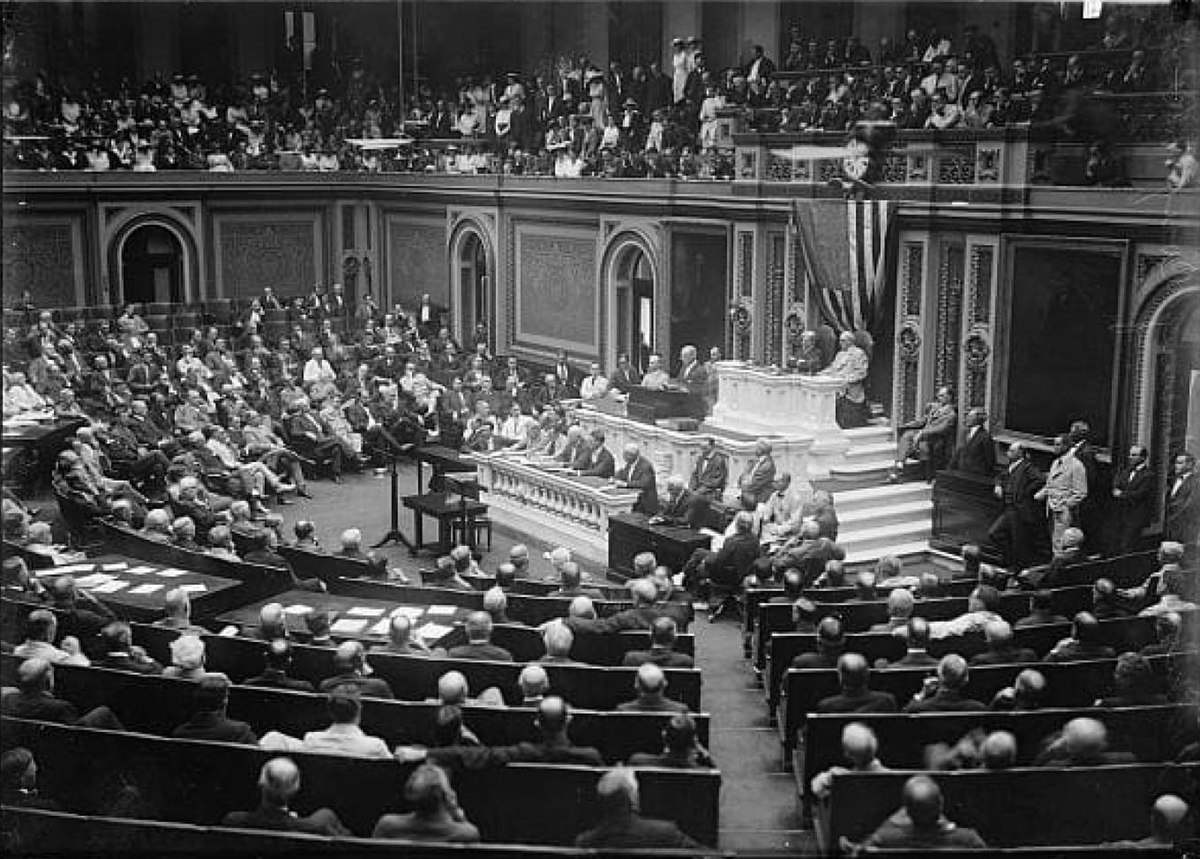 This is the third installment in a series of articles examining the history of U.S. wars. These articles aim to show that U.S. politicians have almost always misused the military to make things worse, not better. If true, then something must be done to prevent future abuses.

I think the best thing we could do is replace taxation with voluntary funding. This would give us a consumer-controlled military.

Can voluntary funding provide sufficient money? This question has things backward. The amount of military power we need should be defined by what citizens want to fund, not by what politicians want to impose. Plus…

If the historical record shows that military action has almost always made things worse, not better, then this suggests that our military needs are actually very small.

In previous articles I demonstrated that all 19th Century U.S. foreign wars were evil wars of conquest. I also demonstrated how Teddy Roosevelt helped launch the Empire of Japan, leading to Pearl Harbor, the Pacific War, Red China, North Korea, and many tens of millions dead. In this article I will show how…

Let’s begin with the first claim…

World War One would likely have ended in a draw had the U.S. not intervened. 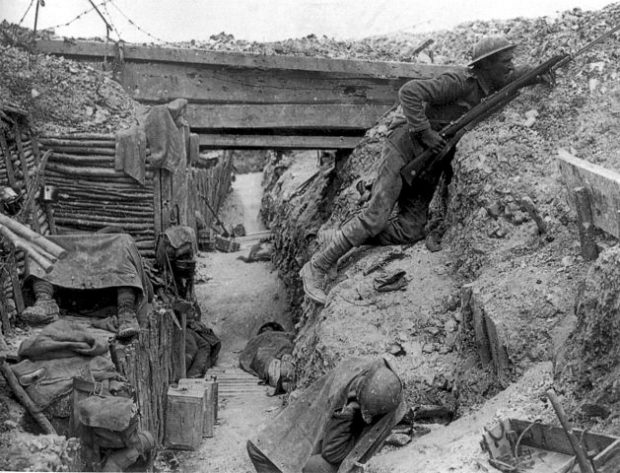 These realities suggest that neither side could prevail. The war was a draw. Peace without a victor was the obvious alternative to continued pointless bloodshed. Such an outcome would have been a huge disincentive to future wars. Alas, U.S intervention foreclosed that opportunity. Even worse…

U.S. politicians probably intervened on the more evil side

Let’s be clear: There were no good guys in World War One. Both sides were wrong. But a comparison of the pros and cons doesn’t favor the side U.S. politicians chose to support.

Great Britain was the largest empire in the world. Russia was second. France was third. By comparison, Germany and Austria-Hungary had small empires, and meager prospects for expanding them even if they won the war.

Russia was an autocracy when the war began. Germany and Austria-Hungary were both parliamentary monarchies similar to Great Britain. The two Germanic nations also had elements of decentralized federalism similar to the United States.

Both sides were militarist. All the monarchs involved pranced around in silly uniforms (though the Kaiser did have an aggressive-looking spiked helmet). There was little moral difference between the combatants except for one crucial thing…

The countries we sided with had already subjugated the greater part of the globe!

The British blockade was why Germany started sinking U.S. merchant ships. That was the only way Germany could compensate for the preferential trade the U.S. was giving to Britain and France. U.S. politicians would have done exactly what the Germans did under similar circumstances.

Britain paid no price for these crimes. Instead, she benefited by having U.S. forces deliver an underserved victory out of what should have been a draw. Even worse…

The Wilson administration also spent millions on propaganda to radicalize the populace and stifle dissent. The resulting hysteria led to numerous lynchings and false arrests. Some crazed people even attacked German Shepherds and Dachshunds! 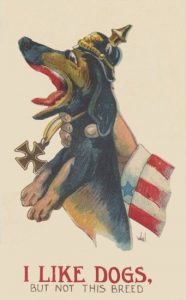 U.S. intervention in World War One didn’t defend our security either

U.S. politicians could have ended German submarine warfare without sending armies to Europe. They simply had to stop honoring the British blockade. Germany would have ceased sinking our ships the moment those ships started carrying supplies to Germany, or stopped carrying them to Britain and France. To be truly neutral, we needed to trade with both sides or neither. Equally important…

It’s likely we could have ended the entire war much earlier simply by refusing to supply it!

The supply issue was crucial. Germany surrendered in 1918 largely because they were starving. This was due to the British blockade with which the U.S. collaborated. Herbert Hoover became famous enough to run for President partly because he managed a rescue effort to save Germans from famine once the war ended. Meanwhile…

Britain and France were so dependent on U.S. supplies that both countries faced bankruptcy. They had to borrow huge sums from Americans to continue fighting. This means that U.S. politicians could have stopped the war without firing a shot, simply by prohibiting trade with or cutting off loans to the combatants.

Which is worse? Ending trade that was enabling the commission of a crime, or sending innocent young men to die by participating in that crime?

Some have argued that ending the war-trade would have crashed the U.S. economy. But that happened anyway, as soon as the war ended. The resulting depression was brief. Again, which is worse, a short depression or sending young men to murder and maim other young men?

It’s a simple fact — there was no threat to U.S. security other than Germany’s submarine warfare. German armies couldn’t even conquer a few yards of territory between the trenches in Europe. So they had zero chance of reaching and taking American soil, nor did they desire to do so. U.S. politicians could have ended the submarine attacks without firing a shot. They simply had to do one of the following…

The verdict is clear. U.S. intervention in World War One did nothing to protect American security. It achieved the exact opposite. It killed young Americans for no purpose and created new enemies that plague us to the present day. That brings me to my final point…

U.S. intervention in World War One made the world profoundly worse, not better

It also led to World War Two and then the Cold War. We’ll review these claims as we continue this series on U.S. wars and interventions. The outcomes described above, and in the next few articles, make U.S. involvement in World War One a serious candidate for the greatest mistake anyone ever made.

P.S. Previous articles in this series include…

PPS: Here’s a list of books I’ve consulted in this series.