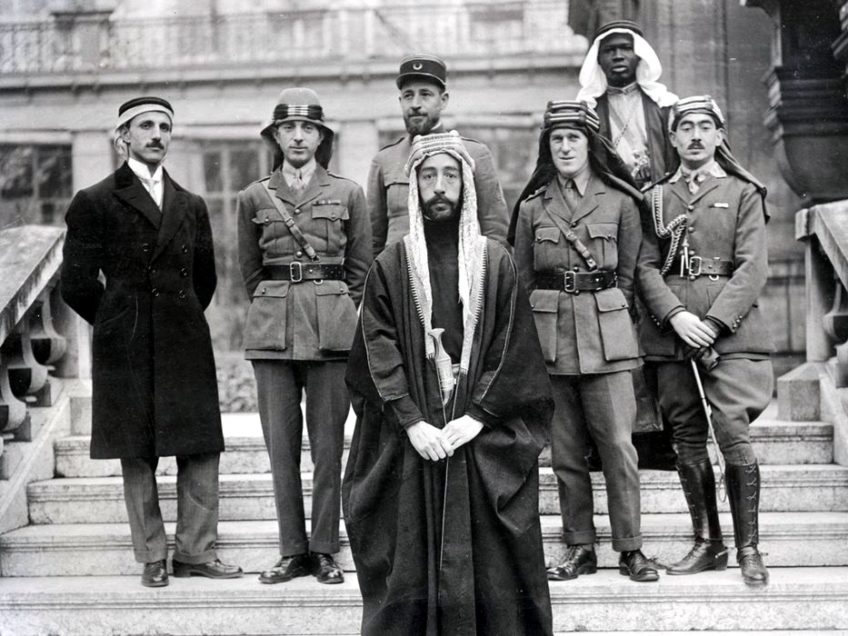 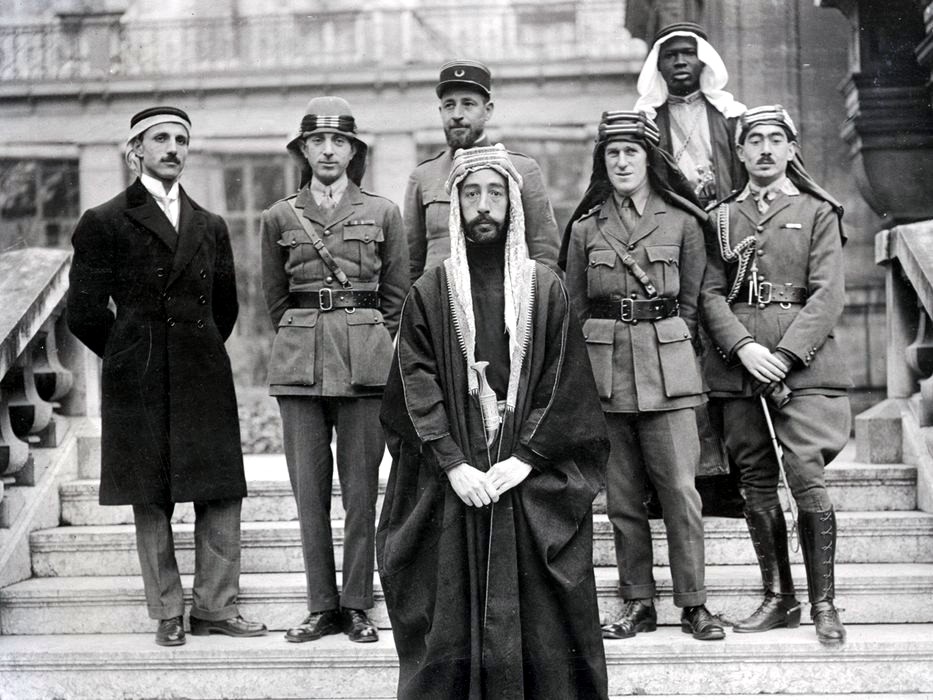 This is the sixth installment in a series of articles reviewing U.S. wars and interventions. I am trying to demonstrate four things…

How U.S. intervention in World War One aided the rise of radical Islam

When World War One began, President Woodrow Wilson gave a speech admonishing the American people “to be neutral in thought as well as deed.” It was sound advice, but Wilson didn’t follow it. Instead, he favored Britain and France almost from the beginning by honoring Britain’s blockade of our trade with Germany. This meant that…

Americans funded and supplied Britain and France against Germany, long before German submarines started sinking our ships to compensate. Let’s recall who we were aiding.

To be clear, there was no “good side” in World War One! Still, it’s pretty obvious that the U.S. was supporting the more evil set of gangsters. Let’s drive this point home by looking at what Britain, France, and Russia were doing in the Islamic world prior to World War One…

All these conquests came at the expense of the Islamic Caliphate that ruled the Ottoman Empire.

Meanwhile, Russia fought eleven wars against the Ottoman Empire between 1568 and 1878. These wars were designed to seize access to the Mediterranean through the Turkish-controlled Dardanelles. So it’s not surprising that the Ottoman Empire joined Germany and Austria-Hungary when World War One began.

The answers come pretty easy, right? You would hate Britain, France, Russia, and even the U.S. You might not seek future prospects for revenge, but you wouldn’t be surprised by or necessarily opposed to a neighbor who did. Well…

WW1 began in August 1914. By 1915, the British were negotiating with various Arab leaders for an alliance against the Ottoman Turks. The Arabs wanted a British commitment for a pan-Arab state. It would run from…

Barring such a commitment the Arabs would fight on the side of their Islamic Turkish brethren against Britain, France, and Russia. The British accepted the Arabic proposal on October 24, 1915 with the limitation that the new Arab state would not include the Mediterranean coast of Syria.

With this agreement concluded, British officer T.E. Lawrence joined the Arab forces. The Arab Revolt against the Ottoman Empire began in June 1916. The story of that revolt is told in the classic movie, Lawrence of Arabia. Alas…

The Sykes-Picot Treaty was negotiated in secret, and for a good reason. It violated every commitment the British had made to the Arabs. It’s not for nothing that Britain gained the nickname Perfidious Albion. The two empires agreed to divide the lands promised to a pan-Arab state into five parts…

Sykes-Picot even gave parts of Turkey to Russia, Greece, and Italy. But…

Oh, what a blessing to future generations!

The Bolsheviks (Russian Communists) found a copy of the Sykes-Picot agreement when they seized Russian government offices in November 1917. They promptly revealed the secret treaty to the world. You would think this would have put the kibosh on the whole criminal enterprise, if not immediately then at least by the time of the 1919 Paris peace conference. After all…

“Open covenants of peace, openly arrived at, after which there shall be no private international understandings of any kind, but diplomacy shall proceed always frankly and in the public view.”

The Sykes-Picot Treaty was the very opposite of Woodrow Wilson’s “14 Points!”

Sadly, Woodrow Wilson basically endorsed Sykes-Picot during the Paris peace talks. To cover the hypocrisy, he and his fellow gangsters adopted a euphemism. The captured Arab lands would not be called “colonies,” they would be called “mandates.”

Eventually, the regions created by Sykes-Picot would cease being mandates/colonies. They would become independent nations. But these nations were Frankenstein monsters. They contained unstable mixtures of Arabs, Persians, and Kurds — of Sunni and Shia. This instability led to a long succession of dictators, who held these unnatural states together by brute force. For the remainder of the 20th Century, Britain, France, Soviet Russia, and the United States would back these strongmen in order to contain the angry ethnic and religious factions that lived in these Frankenstein nations.

What was the antidote to this tyranny for the oppressed citizens?

For many religious minds, if things are going badly it must be because you’ve offended God. The normal cure for that is increased devotion, a.k.a., fundamentalism. Religious institutions also provide a good infrastructure for political resistance. So…

If you look for the origin of Al-Qaeda and ISIS, you will find it here — U.S. intervention in World War One gave Sykes-Picot the force of law.

The impact of WW1 on the Islamic world

Impact of U.S. policies on the rise of Nazi Germany

Paris 1919 by Margaret MacMillan
The Forgotten Depression by James Grant