Do some people need to be monitored and disciplined by their “betters?” 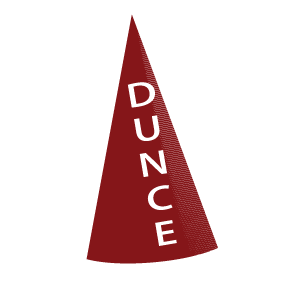 Another Mental Lever showed how using the needs of the many as an excuse for harming the few is a license for murder. But statists counter-argue that they can limit initiated force to levels lower than murder. For instance, they argue that it’s okay for politicians to…

Please notice the arrogance. The statist is saying that…

“I and my preferred politicians know better than you, so you should submit to our desires, or suffer harm if you resist.”

In other words, you’re too stupid to make all your own choices.

But why should we view voters and politicians as being any better at making such decisions? They’re simply people too. They have no special magic that makes them superior to other humans. They’re subject to all the same flaws of greed, stupidity, and ignorance as every other person. In other words…

Voters and politicians may sometimes make good choices, but they will also make bad ones. And the bad decisions they make will be inflicted on everyone through the coercive power of The State.

Key Concept: You can’t compensate for human imperfections by taking one-subset of flawed humanity and giving them vast power over the rest. This will only magnify the problem, because power tends to corrupt.

In short, you can’t justify initiated force by claiming that some humans are superior to the rest of us.