Should libertarians abandon the word capitalism?

Next
Mental
Lever
Even critics of capitalism are capitalists

Left-statists (Democrats, socialists) abuse the word capitalism to paint a false picture of those who favor freedom. This has led some libertarians to advocate abandoning the word. But left-statists won’t abandon it. They’ll continue using it in a distorted, pejorative way. Forfeiting won’t gain us anything.

Recognizing this, many libertarians have chosen to embrace the word instead. Some use it as a synonym for the free market, while others wear it as a proud label. But we suggest another approach…

Use the word capitalism to expose left-statist hypocrisy! 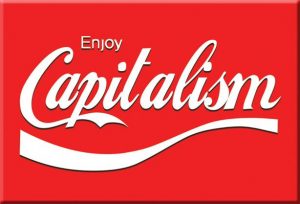