Can a voluntaryist be a gradualist?

The “Fabian” approach is gradualist persistence. You have a long-range goal, and you relentlessly plow forward with reformist steps.

The term comes from the socialist Fabian Society whose logo was the tortoise. They drew their name from a Roman general, Quintus Fabius Maximus Verrucosus. He was surnamed Cunctator which means “delayer.” He devised battle tactics that today we’d call “guerilla warfare.” 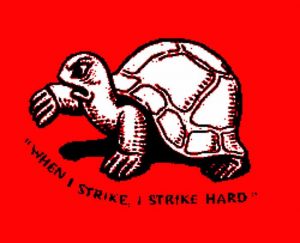 A Fabian libertarian would maintain the ultimate objective of a zero aggression society, but would also seek and embrace small opportunities to move in that direction. That is…

You fight for reform. You win, and you celebrate. Then, you get up the next morning and fight for the next reform that takes you further to your goal. Your strategies will include…

In recent years, gun owners (starting with concealed carry laws) and marijuana advocates (starting with medical marijuana) have used a Fabian approach to take small steps that build toward their ultimate goal.

Warning: There’s a pitfall to avoid.

Not all reforms that move in a libertarian direction are actually paving the way to post-statism. Some schemes are temporary improvements but also dead ends — they impede further progress towards a post-statist society.

An example is school vouchers. This reform is dramatic. It increases choice, opt-out, decentralization, and privatization. Sounds like a home run, right? But it also means that…

Vouchers, then, are not Fabian, but rather are a dead-end that impedes rather than advances our ultimate goal of building a post-statist society, where all governance functions are voluntary, consumer-controlled services.