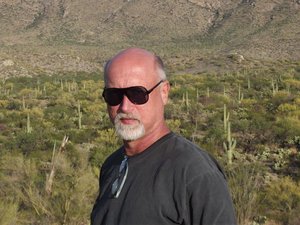 A personal message from Jim Babka and Perry Willis, Co-Founders of Downsize DC and Co-Creators of the Zero Aggression Project
Our previous message told you…

That story begins here…
You wake up in a world governed by the Zero Aggression Principle. What’s it like?
Three things are missing…

Instead…
All governmental services are voluntarily funded. This means…
You now live in a world with consumer-controlled governance!
The politicians are secondary. You are primary! You now have far more power as a consumer than you ever had as a voter! You get to decide whether to fund…

Even better, now you can decide how much money you give to government — you can even give no money at all to a particular government service.
This has completely changed the incentives that control government behavior!
In the old days our so-called government had no incentive to do a good job, because, it got paid no matter how poorly it performed! In fact…
The more it failed, the more it PROSPERED! Politicians constantly used their own failure as an excuse to grab more power and spend more money!
Think about how upside down that was! Failure was rewarded, NOT punished!
But the advent of consumer-controlled governance reversed those bad incentives. Now…
All institutions of governance have to do a good job or lose customers!
Do you remember how…

Now, most people think…
The concept of “enough money” is defined by what people are willing to pay, NOT by what politicians want.
People now believe it’s completely impractical to give politicians power to extort money from people. They recognize that it’s silly to disconnect funding from performance.
People learned that the moral and the pragmatic are connected:

And look at how great the results are…
You get to live the way you want, provided you don’t commit force or fraud against others. You can…

Other kinds of product regulation work the same way. Consumer choice — your choice — rules in all things!
You no longer need The State’s permission to…

Groups with different views no longer use The State to gang up on each other. And you no longer need majority permission to live according to your own conscience.
Individual conscience is now respected in all things
As a result…
Decentralized institutions like homeowners associations have become the basic unit of governance. Their accountability means…

Some neighborhoods have strict property use codes. Others have none at all. That means…
You no longer have to move to another county, state, or country to get what you want. The kind of community you prefer is usually just miles away. Perhaps best of all…
The police are now under you instead of over you…

This means the police now focus on different things:

These factors have combined to create an amazing result…
Violent crime has dwindled to almost nothing!
And the prison population has shrunk to just a few murderers, rapists, and repeat burglars (of which there are now few because of the police patrols).
Even traffic safety is handled differently…
Bad driving used to cost you both fines and higher insurance premiums. Now, only your insurance premiums go up. That means…
You’re no longer doubled-fined for making a mistake!
But beware…

Courts have changed too…

Even national defense has changed…
Consumers rule here too!

And “defense” is no longer monopolized by The State…

This latter groups favors a completely decentralized guerrilla strategy for both deterrence and defense. They think guerilla defense makes armies obsolete. And they can point to concrete examples…

This idea is spreading — there’s now a worldwide movement to completely demilitarize under the slogan… countries without armies pose no threat to other countries
The Zero Aggression revolution affects compassion too…
“Gunpoint compassion” is now considered a contradiction. Instead…

But it isn’t only what you can buy or fund that’s different…
Even money has changed…
There’s no more Federal Reserve monopoly. You can use anything for money — dollars, gold, silver, Bitcoin, or something else. As a result…
The Federal Reserve has to keep the dollar stable to avoid losing customers to other forms of money. That means…

Economic outcomes are more equal too, because…
Cronies can no longer use The State to garner subsidies, bailouts, and bloated contracts, or use rigged regulations to strangle competitors. That means…

And here’s the most AMAZING part!
This was all done without abolishing ANY major institution! Nearly everything that existed before still exists now…

We’ll begin to paint that picture in our next message, as our story-in-reverse continues. In the meantime…
If you’re not already a member of the ZAP Founders Committee please consider joining before it closes on April 30th.
Founders will be listed on the ZAP website perpetually.

You can take a quick tour of the new ZAP site when you visit the contribution form. Some sections are already open, and some are behind a curtain, to be unveiled after we finish our story-in-reverse.
Please stay tuned for the next installment of that story. And…
If you have libertarian friends who might be interested in ZAP, please forward this to them.
With high hopes for the future,
Perry Willis & Jim Babka
Co-creators, the Zero Aggression Project
an initiative of the Downsize DC Foundation