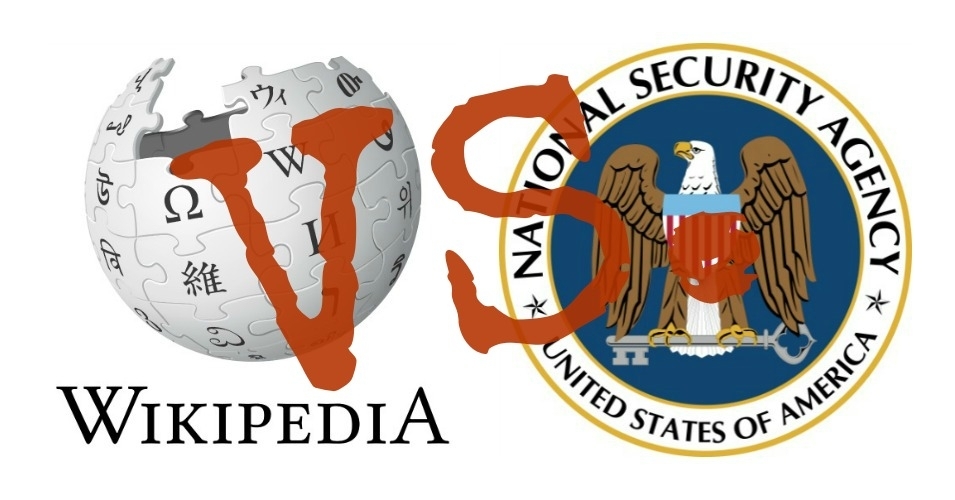 NSA above the law? Claim court reviews harm national security. District Courts play along. Retweet
Here’s more good news! On February 22, we proposed filing a brief in the case Wikimedia v. NSA. Our supporters provided the funding, the brief was written and filed, and now you can read the brief. Thank you to all the donors who made this possible. As a reminder…
This case is about the NSA’s warrantless spying on American citizens. It’s related to another case in which we also filed a brief last September, Jewel v. NSA. In the name of national security, the Feds are claiming that their actions cannot be opened for legal discovery in a court. The district courts have played along, blocking all discovery. But if we can get a good decision in either Wikimedia or Jewel then…

Please understand…
It’s difficult to win cases involving supposed national security secrets. So we must seize every chance to cause a Supreme Court review. The Wikimedia case gave us another chance in another district. Here’s the issue…

Should the NSA be able to grab your Internet communications so it can search them for keywords (called “task selectors” in the jargon if the NSA)?

A Maryland district court judge predictably dismissed the Wikimedia case early on, saying the plaintiffs couldn’t prove the NSA is seizing all Internet traffic. After all, the program is secret, so how could you prove it? But the Judge’s ruling contradicted itself when it said…

…the NSA “has no ability to examine or otherwise make use of this larger body of communications, except to promptly determine whether any of them contain a tasked selector.”

Our brief focuses on this point. The Maryland district court judge acts as if as if that initial, cursory search of all communications for certain key keywords represents neither a seizure nor a search. But in fact, it is BOTH!

Imagine if the Post Office was opening all your mail and running it through scanners to look for keywords? Would you feel that no wrong was being done? In fact, the Maryland court’s argument is wrong in several ways…

Finally, it is important to note that there is no national security exception in the Constitution. We will continue to monitor this case and scan for additional opportunities, in other districts, to fight what we see as a wholly-invented and thus illegal exception to the supreme law of the land. Please consider making a tax-deductible contribution to the Downsize DC Foundation (via the Zero Aggression contribution form) to assist with these efforts.
Thank you again to all those who made this brief possible.
Jim Babka & Perry Willis
The Downsize DC Foundation